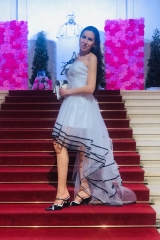 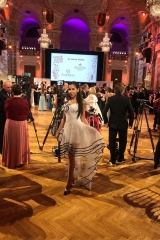 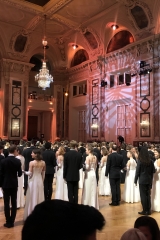 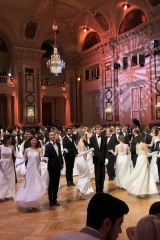 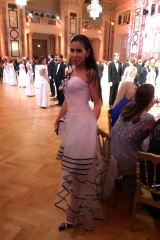 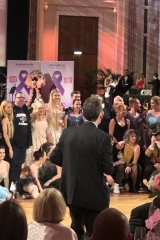 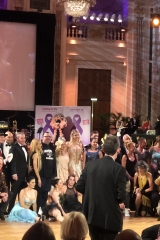 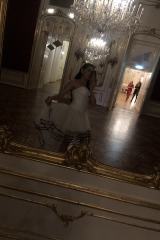 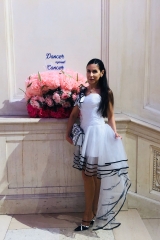 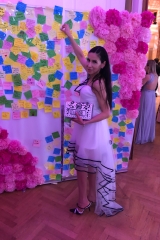 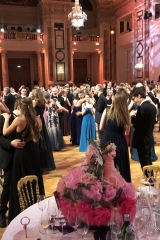 In Vienna, when the weather refuses to cooperate, you can always go inside – either shopping, or like me here – in one of the best traditional chocolate and cakes coffee house – Gerstner. I like to eat there a strudel and drink a melange, especially during the Christmas holidays when the mood inside is so unique. I adore this old style beauty you can see in the photos.

With the most beautiful holidays of the year just around the corner, I cannot resist the pieces of art they have here, so beautifully packed as presents.

In the glamour of this pastry shop, I continue the silver glitter trend from my previous posts – my outfit consists of silver Calzedonia leggings, a black oversized sweater, a cute short gray cape and black booties also with a silver touch.

And to all of you, for the coming Christmas, I wish you a double chocolate and then add some kiss. 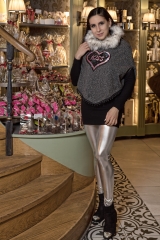 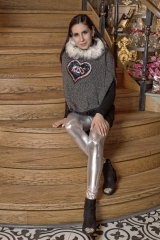 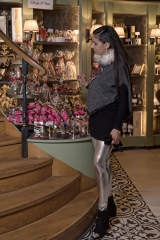 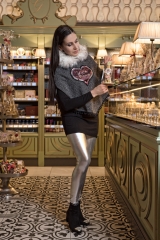 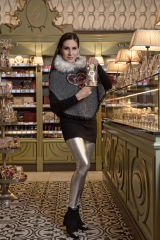 This website uses cookies to improve your experience while you navigate through the website. Out of these, the cookies that are categorized as necessary are stored on your browser as they are essential for the working of basic functionalities of the website. We also use third-party cookies that help us analyze and understand how you use this website. These cookies will be stored in your browser only with your consent. You also have the option to opt-out of these cookies. But opting out of some of these cookies may affect your browsing experience.
Notwendig immer aktiv

Any cookies that may not be particularly necessary for the website to function and is used specifically to collect user personal data via analytics, ads, other embedded contents are termed as non-necessary cookies. It is mandatory to procure user consent prior to running these cookies on your website.