Carinthia is situated in the southern part of Austria and is called „The land of sun“. In winter it is snow covered and as in most other parts of the country, skiing is the main activity. The mood is more relaxed with a Mediterranean touch as it borders with Italy – nearly everyone down here speaks Italian.

One of the biggest resorts in Carinthia is Bad Kleinkircheim, which is quickly moving up the rankings of the ski resorts in Austria. It has over 100km of pistes, 24 lifts and a slope steep enough to get included in the world cup circuit. There is enough snowfall throughout the season, but the sunny days are abundant as well – as you can see for the several days I was skiing there it was sunny all the way.

The hut at the top of Kaiserburg, situated 2019 meters above sea level, is a notorious one, with the fine views it offers and a traditional interior, as you can see from the pictures. Service and the food quality are very traditional for the region. 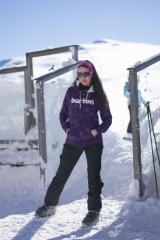 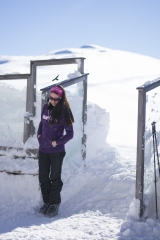 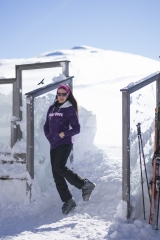 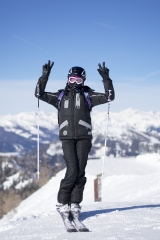 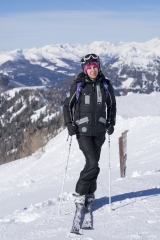 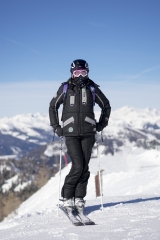 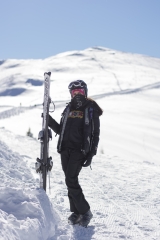 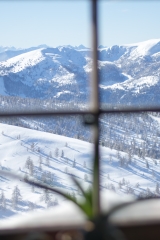 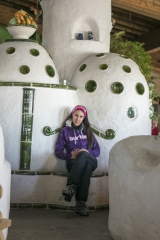 I have always said that I like Italian coffee, food and fashion very much, but I can also say this for Italian motorcycles. I was a bit hesitant to take on this challenge again, especially in the big city, but I knew the feeling will be more than exciting.

People say „the need for speed“ catch you at a very young age, almost similar to the fashion fever and as I had a motorcycle some years ago, I wanted to enjoy this feeling again. And, in relation to that, I wanted to show you one of my favorite street style outfits – jeans, a leather jacket, backpack and of course once again a touch of teddy feeling – a teddy sweater. 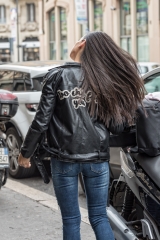 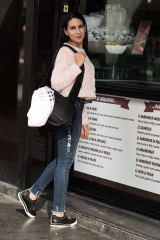 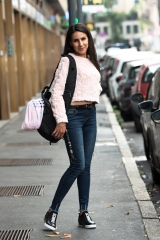 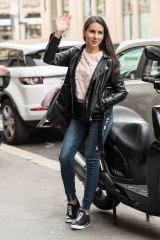 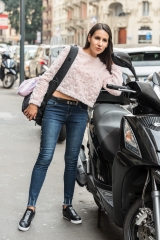 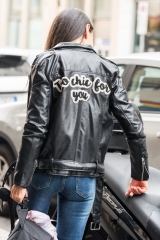 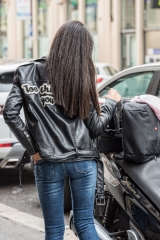